A film collaboration made from 30 sec clips by Masters student and Faculty Community on the subject of Happiness and screened in the Happiness Pod.

‘The provision of an entirely novel space in a familiar building. Seeing so many different perspectives on people’s ideas of happiness.’

‘This feels different. Taps into emotions. Different perspectives – always illuminating as it shows the richness of human response.’

‘It was outside my natural comfort zone, but a very safe way to be stretched.’

‘Connection with colleagues I wouldn’t otherwise know anything about. It allowed a gateway to advocating for my needs.’ 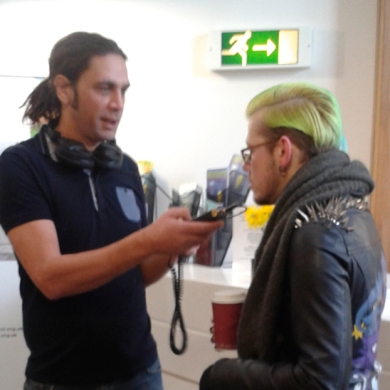 ‘Can I have a word’ – sound piece field recording of Masters student’s voices and other members of the Faculty community. Morning voices, evening voices and middle of the day. Everyone entering the building in the morning and leaving in the evening is asked to give just one word into the voice recorder held by Justin Hodgett. In a place where words have such meaning and weight – in this project the words do not matter – its a spontaneous exercise – what we capture is the tonal, rhythmic, intonation, gender, note, texture and timbre of sounds of all those who come in and out of the Faculty. This piece is part of a project that will include an installation with film.   We record 174 spoken words in all.

The day after the recordings I pick up by chance a postcard showing another field recording:

‘Charles Myers recording the sacred songs of the Malu ceremonies during the 1898 Cambridge Anthropological Expedition to the Torres Strait.  Gisu is beating the drum Wasikor, while Ulai sings into the recording phonograph.’ 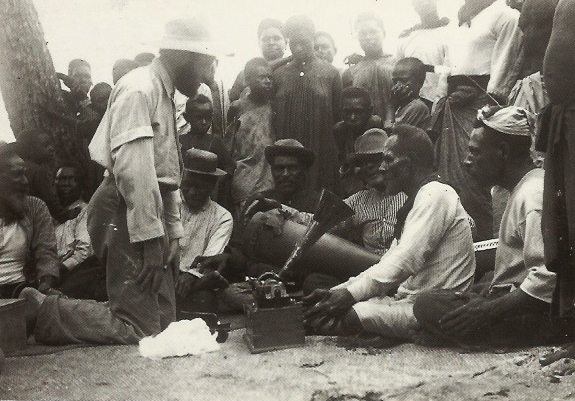 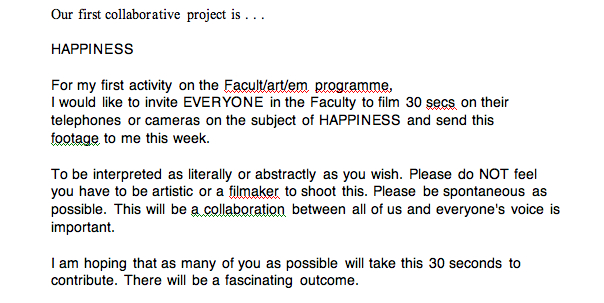